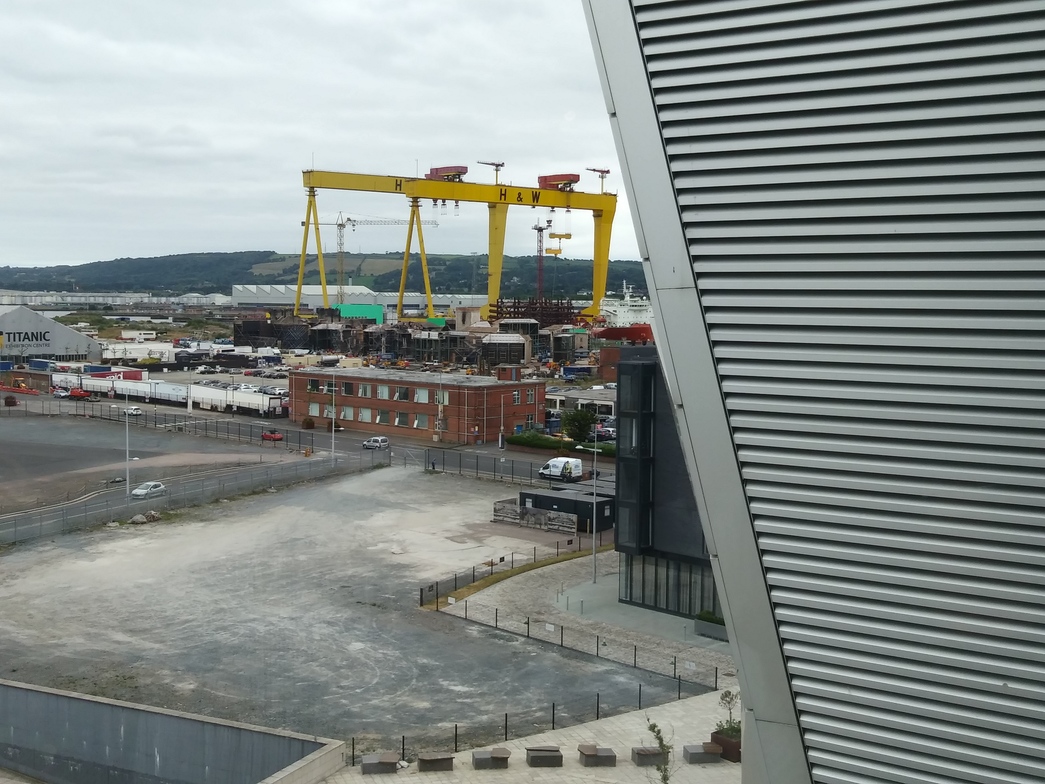 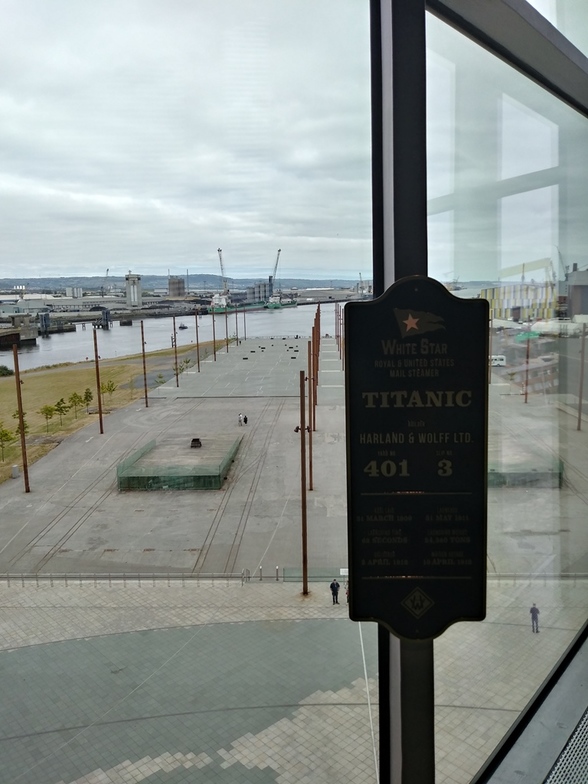 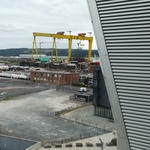 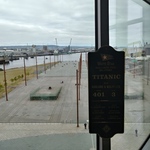 After 10 years my wife and sons recently returned to Ireland and England to reconnect, to remember the people and places we had left behind.

One of the wonders of these islands is that the sea is never far away and it’s importance in the lives of the people, the economy and the history is plain to see.

Belfast in the north of Ireland where I grew up is no exception with a sheltered harbour at the end of the lough.

Belfast remains, although a far cry from its hay day with exports esp. in coal and linen and 35,000 employed in ship building, an industrial city

There are a steady stream of vessels coming and going and a substantial Mission to Seafarers centre to cater to the needs of the seafarers onboard.

The signs of ship building are still evident in the giant yellow cranes of Harland and Wolff referred to as Samson and Goliath and in recent years one particular story that had been repressed, remained unspoken of, has been brought to the surface in the development of the Titanic Quarter located beside the slip ways where the RMS Titanic and her sister ship RMS Olympic were built, as well as the old drawing rooms incorporated into a hotel and tours of the vessel the SS Nomadic the last remaining vessel with a link to the Titanic.

The pictures with this article show the slip way where the sister ships were built and the mighty Harland and Wolff cranes.

The tragedy of the Titanic captivates people to this day as the no of visitors, the merchandise and the stories of those who died and those who survived testifies to.

Whenever we go to sea there is always a risk and yet we do so in increasing numbers drawn by the opportunities on offer.
The Seafarers who traverse the waters of the earth are there to provide for their family often out of necessity and it is not without risk as stories past and present remind us.

As those who benefit much from the sacrifice seafarers make in what they bring to our shores and shops on ships let us not forget them but rather hold them in our prayers esp. our thanks and for their protection and let us in whatever way we can support the work of centres around the world which are there to offer a safe haven and a sanctuary from the storm or whatever challenges they face.