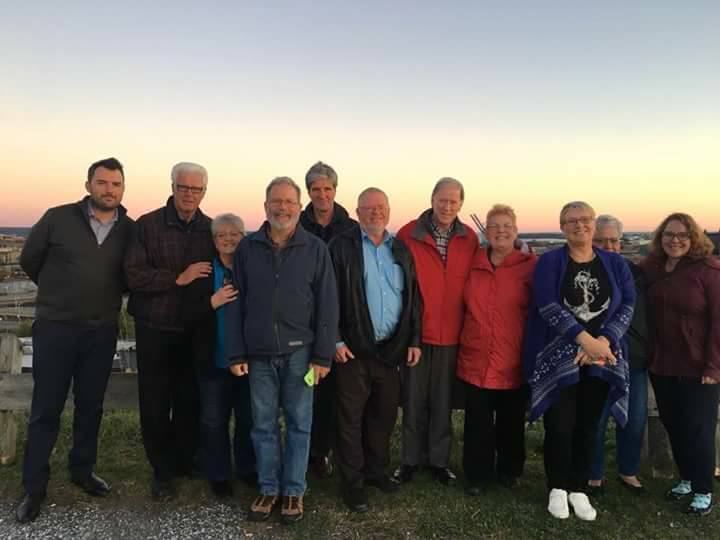 If you’re fortunate enough to live near the ocean, you’ll often see large ships passing by — on their way to the next port, or perhaps heading home.

Did you ever wonder about the people who work onboard — the seafarers? The Anglican Church has, in the form of a ministry called the Mission to Seafarers that is now more than 160 years old.

It’s a vast international group with headquarters in London, UK, but there are local missions in 200 ports in 50 countries around the world. Each one is there to help make the life of seafarers in port a little easier.

“Piracy, shipwreck, abandonment and separation from loved ones are just a few of the problems merchant seafarers face. Around the world, the Mission to Seafarers provides help and support to the 1.5 million men and women who face danger every day to keep our global economy afloat,” says missiontoseafarers.org .

In Saint John and Halifax, as in many other ports, staff, chaplains and volunteers offer friendship, spiritual support, ship visits, drop-in centres, help in emergencies and advocacy for health and labour issues.

“We try to visit as many ships as possible,” said the Rev. Maggie Whittingham-Lamont, chaplain in Halifax. “We go on board and talk to the guys. Are they fed, paid? Do they need medical or dental?”

Maggie, the widow of a seafarer, has lived it both ways, and has devoted many years to the mission, so much so that she’s developed a few skills that come in handy.

“There’s less of a language barrier after 26 years,” she said. “Even listening to them in their own language, I can usually figure out what they need.”

The Rev. Maggie Whittingham-Lamont is read her covenant in ministry by Primate Fred Hiltz during the installation service.

From Oct. 15-19, about 20 people from the Mission to Seafarers Canada met at Villa Madonna in Rothesay for its annual conference, discussing policy and making plans for future endeavours.

During a service at St. James the Less in Rothesay on Oct. 16, the Most Rev. Fred Hiltz, Primate, installed Maggie as the regional director for Canada. It’s a post she’s held since May, but the installation made it official. She remains the station chaplain in Halifax.

Hiltz was in the diocese, not in his role as primate, but because he is the acting liaison bishop to the mission, a post he has held since 2014.

“The Primate has a long history with the Mission to Seafarers,” said Maggie. “He was on my board for many years when he was bishop in Halifax. We worked closely during those years. He’s marvellous — very attentive to the needs.”

At the Oct. 16 service, Eric asked for prayer for Maggie in her new role.

“When it comes to ships and ship things, Maggie is the go-to person for all of Canada,” he said. “We’re all standing with her tonight and pray for this new ministry.”

The Rev. Heather MacEachern, a deacon from the Halifax area, gave the homily.

“After a particularly arduous day, the call comes and you’re needed for just one more thing. You can’t put it off ‘til tomorrow and so you must go,” she said. “Often they are the most rewarding times.”

She quoted Luke, chapter 4: “He has sent me to proclaim freedom for the prisoners and recovery of sight for the blind, to release the oppressed.”

“I would suggest that paragraph is your job description,” she said.

Speaking of the installation ceremony, she said, “Maggie is taking on a huge task. I have no doubt she’ll do a wonderful job. After all, she has God in her corner. She needs your support and encouragement because her vineyard just got a whole lot bigger.”

Primate Fred Hiltz, centre, reads a commendation to the Rev. Ed Swayze while the Rev. Maggie Whihttingham-Lamont looks on.

Primate Hiltz used the occasion to recognize the Rev. Ed Swayze of Thunder Bay for his organizational work over the years with the mission. Ed is chaplain to the mission in the Port of Thunder Bay, the incumbent in the Parish of St. Stephen the Martyr, the staff officer to the Royal Canadian Navy Command Chaplain and a Royal Canadian Navy lieutenant commander (Reserves).

Maggie’s role in Halifax will still include hands-on ministry at the port, but about one-third of her time will be spent in her new role. That includes promoting and growing the mission in Canada and meeting with the worldwide regional directors who manage the mission in Europe, Asia, Oceania, the U.S., Africa and Australia.